Get A Free Quote

Greenstar Panels was created with people—and pets—in mind. We want our customers to breathe clean air and stay healthy. For years we have bore witness to the adverse effects caused by other types of insulation, and so we decided to do something about it. This is the reason why Greenstar Panels exist. We insulate your home and buildings without fuss. Thank you for taking the time to let us come into your home/building today to talk to you about our great product. We truly do believe that it is the World’s Best Insulation!TM Created and made right here in the Sunshine State.

R-Value is an insulating material’s resistance to conductive heat flow. The higher the R-value, the greater the insulating effectiveness. Installing insulation with a higher R-value in your home adds to the resistance of heat. New homes being constructed in Florida are now required to have R38 installed when homes are built. Utility companies provide energy audits in Florida, and these companies recommend that you bring your attic insulation to an R38 to help cut electric costs. Depending on your utility company, there are energy incentives out there to help you cover the cost for your insulation 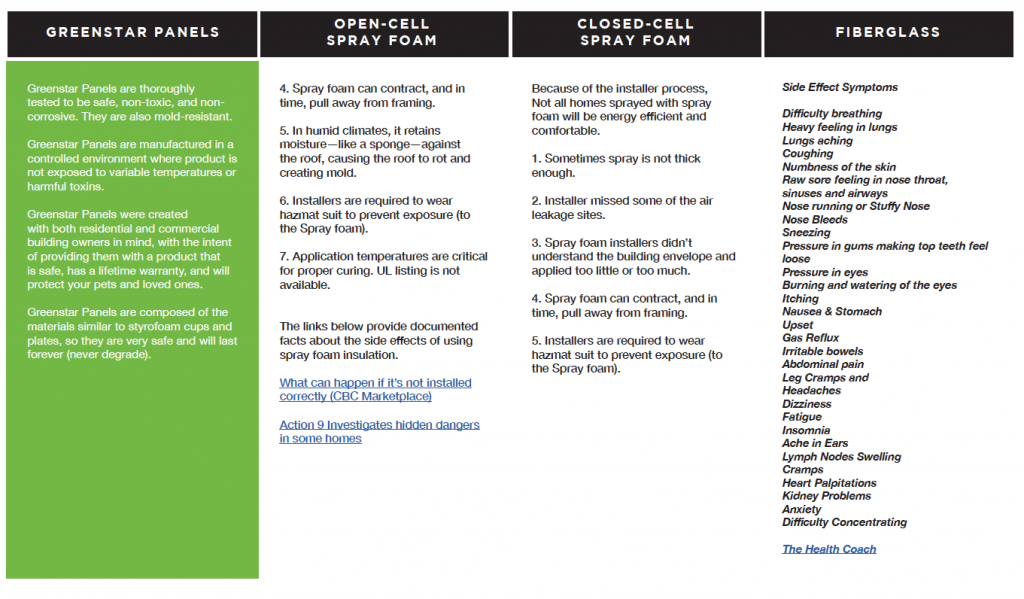 However, despite claims from manufacturers that SPF is “green” or “environmentally friendly,” the same can’t be said of its effect on workers and building owners. SPF insulation contains chemicals called Isocyanates that can cause skin and lung sensitization, as well as irritation to the skin and mucous membranes such as the eyes and nose.

Sensitization means that the installers and building owners can quickly develop an allergy to a certain chemical after being exposed to it. Once the lungs or skins are sensitized, it’s possible for symptoms of asthma to be triggered by exposure to everyday substances such as dust or cold air.

It is estimated that between 15-30 percent of asthma in adults is caused by occupational exposures. Until polyurethane products such as spray foam harden or cure completely, they can still release isocyanates. Once cured, polyurethane products can release isocyanates if they are heated, cut, burned or abraded. Workers and building owners should also be aware that isocyanate exposures can occur from adjacent areas – the harmful chemicals in SPF have been shown to travel throughout large buildings during installation.

The following symptoms can appear during or immediately after exposure to isocyanates:

• Tightness in the Chest 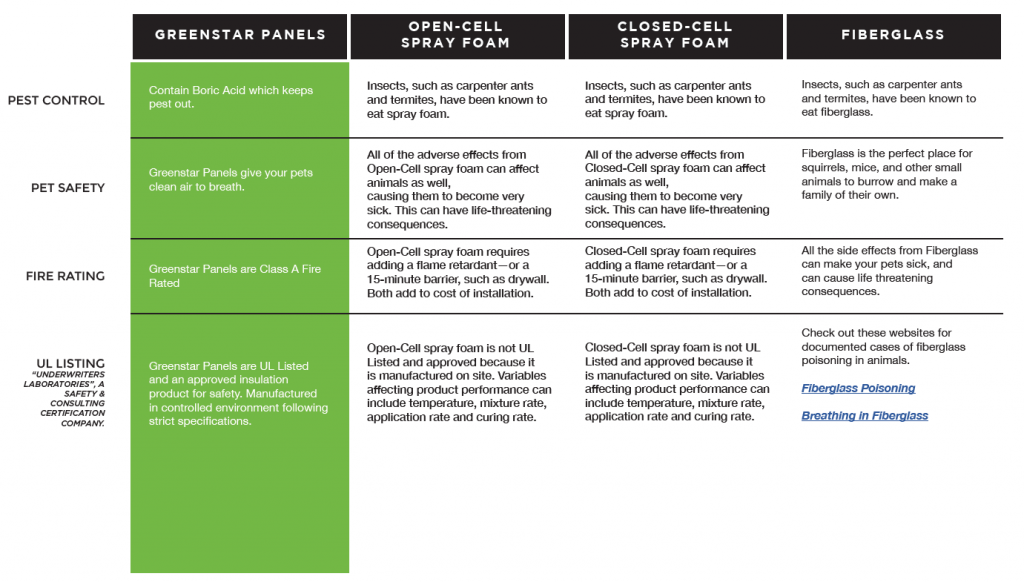